Apple Glasses are nearly here! This is everything you need to know about them including the price, release date, specifications and much more!

What is Augmented Reality?

Augmented reality works a bit like that but with one big difference. Rather than giving a window into an invented world, it uses either screens or transparent lenses to place digital items on top of the real world around you.

Apple Glass, an augmented reality glass that overlays images in the real world around you, might be a futuristic wearable product.

When we first heard about “Apple Glasses,” we were told that the lenses would be available this year. However, additional leaks and insider information suggest that Apple’s augmented reality glasses will be hazy in the near future.

Apple Glass is rumored to run on Starboard (or possibly glassOS), a proprietary operating system first revealed in iOS 13’s final version. Apple is most likely testing activation and application because the augmented reality framework appears several times in code and text documents.

According to a reliable source familiar with Apple product launches, the release will not occur until 2022. The earliest we’ll see them, according to Bloomberg’s Mark Gurman, is 2023. In any case, the project is unmistakably underway.

According to Bloomberg, Apple Glass will be released in 2023 at the earliest. Apple is getting closer to releasing a virtual reality headgear that will compete with the Oculus Rift 2.

Designer Antonio De Rosa has developed 3D renders based on details shared by The Information, giving us a look at what Apple’s mixed-reality headset might look like based on current rumors.

Apple Glass, however, won’t be ready to ship until 2022 “at the earliest,” according to TF International Securities analyst Ming-Chi Kuo – possibly the most respected and credible Apple expert. However, according to Bloomberg, a presentation made internally by Apple and leaked to The Information, the launch date is set for 2023.

Apple Glass lenses had passed the prototype stage and reached trial production, according to The Information, a key milestone in bringing Apple’s wearable device to market.

The Apple AR Glasses, according to Bloomberg, will transport information from your phone to your face. The glasses “are expected to synchronize with a wearer’s iPhone to show things like texts, emails, maps, and games over the user’s field of view,” according to the company.

Apple is also considering a dedicated app store for third-party apps, similar to how you get apps for the Apple TV and Apple Watch.

Furthermore, according to a patent granted to Apple, Apple Glass will not require prescription lenses since the smartglasses will automatically adjust for persons with weak vision using an “optical subassembly.” This patent, on the other hand, might be for a standalone smartphone-powered VR headset or a new generation of Apple smartglasses.

According to reports, the most recent Apple Glass prototype resembles a pair of “unintimidating” plastic spectacles, while marketing materials suggest a Clark Kent-like style.

For privacy considerations, it has a LiDAR scanner on the right temple but no other cameras (although that could change.) A plastic stand with wireless charging is also included with the glasses.

The Apple Glass design will undoubtedly be influenced by its status as an iPhone accessory. Though the glasses will not be as light as your Ray-Ban aviators, they may be light and comfortable enough to wear every day.

There are no plans for a colored version of Apple Glass in the first generation. You’ll have to stick to your old sunblockers for the time being. However, if Apple Glass proves popular, the business may explore expanding its product line.

Apple Glass could have a modular trick up its sleeve as well. The reported mixed reality glasses could come with interchangeable limbs that each serve a different purpose or perform a different function.

It’s not easy to create a tech product that people want to wear on their faces. Most purchasing decisions are influenced by the style, color, and even lens shape, and Apple is recognized for its one-size-fits-all approach to many of its goods.

There are no known specifications for Apple Glass at this time, but we can make educated guesses based on what we know about existing technology. It will, for example, feature a field of view (52 degrees) and a resolution (47 ppi) similar to the Hololens 2.

If Apple wants to offer a truly augmented reality solution, rather than a heads-up display that displays 2D floating notifications or maps like Google Glass, the Apple Glasses should link to the iPhone via a separate Wi-Fi connection.

If the iPhone is required to process all of the footage taken by the glasses’ cameras and send back the 3D picture at a very high frame per second rate (a bare minimum of 60Hz, with a 120Hz refresh rate being best), it will require far more bandwidth than Bluetooth can give.

If Apple wants to compete, we should expect a minimum of three hours of battery life, though we can imagine that users will be more forgiving — especially if Apple includes a wireless charging glasses case that can extend the device’s operational time throughout the day, similar to the Apple AirPods.

Patently Apple has discovered a patent and is looking into a few different ways that Apple Glass recording can be made evident to bystanders who don’t want to be caught on camera.

Apple also envisions employing lights to indicate when the device is recording, although, unlike the previous smart glasses, attempting to do so may result in the camera simply failing to function.

Apple recommends a third approach, in which the camera is always included but disabled unless the frames are equipped with a modular key.

We’ve also seen a bunch of Apple patents appear recently, explaining how specially-designed lenses could be used to cast images on a user’s eye, and how a touchscreen surface (like an iPhone or an iPad) could be used as a controller.

Apple Glasses are presently priced at $499 plus prescription fees, according to Prosser. That may appear modest, especially when compared to competing augmented reality headsets such as Microsoft’s Hololens 2.

We’ll keep this page updated when more Apple Glasses rumors and leaks emerge. Create a bookmark to return to this page.

Based on latest reports, the AR glasses could look just like a regular pair of glasses, which means there will be lot of complex, miniature pieces of technology to get right before they can be released.

How To Install Safari Extensions 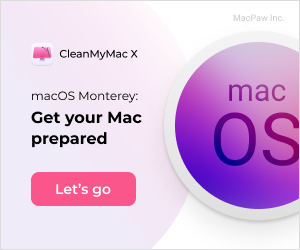